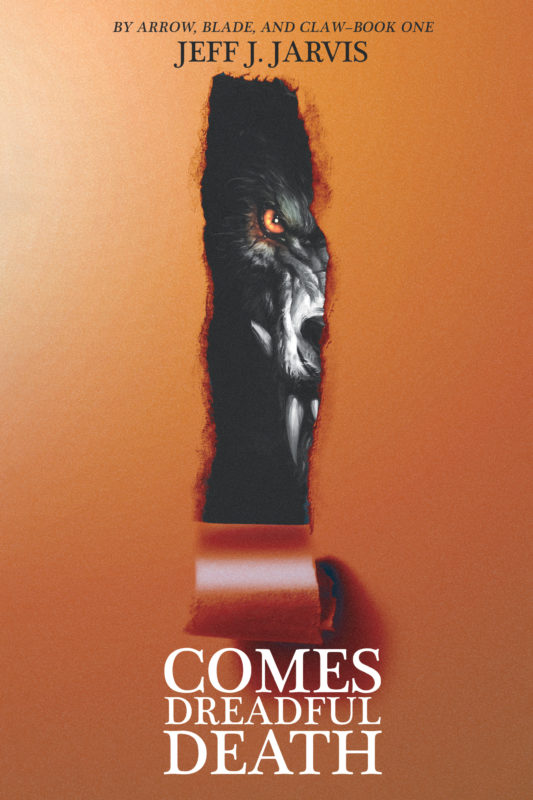 Book One in the By Arrow, Blade, and Claw Series

A crippled Ohio State archery champion (Cody Dugway) who can talk to animals, a Hungarian wolverine (Gitta), and an Arctic gyrfalcon (Polaris) team up to fight an infestation of Werewolves during the early to mid-1960s in Ohio, North Carolina, Utah, and the Great Northwest. Cody enlists his best friend and soul mate (Casey Allegro), his family and friends, and various animals and military authorities to aid in his fight during a five-year running battle through his high school, college, and early post-graduate years. Cody learns that dedication and sacrifice over time give meaning to love, honor, and courage; that opposition is essential for growth; and that while death is never a preferred companion, neither is it always the enemy.

Jeff Jarvis is a decorated, fifth-generation Texas veteran and a U.S. Air Force Academy graduate with a Master’s certificate from Berlin’s Frei University. A former intelligence operative, his nine-year military service included covert assignments in Alaska, Southeast Asia, and Europe. He and his wife, Donna, live in Bountiful, Utah, and are the parents of four sons and one daughter. Jeff began his writing career at age 70 while convalescing from a shattered thigh bone. His stories come from personal experience. His characters are based on real people.
These tales were written for his grandchildren. The stories emphasize the worth of every soul and the inevitable victories of duty, trust, and loyalty against all odds.
Details
Author: Jeff J. Jarvis
Publisher: Clay Bridges Press
Publication Year: 2020
ASIN: 1953300138
ISBN: 9781953300133
List Price: 25.99