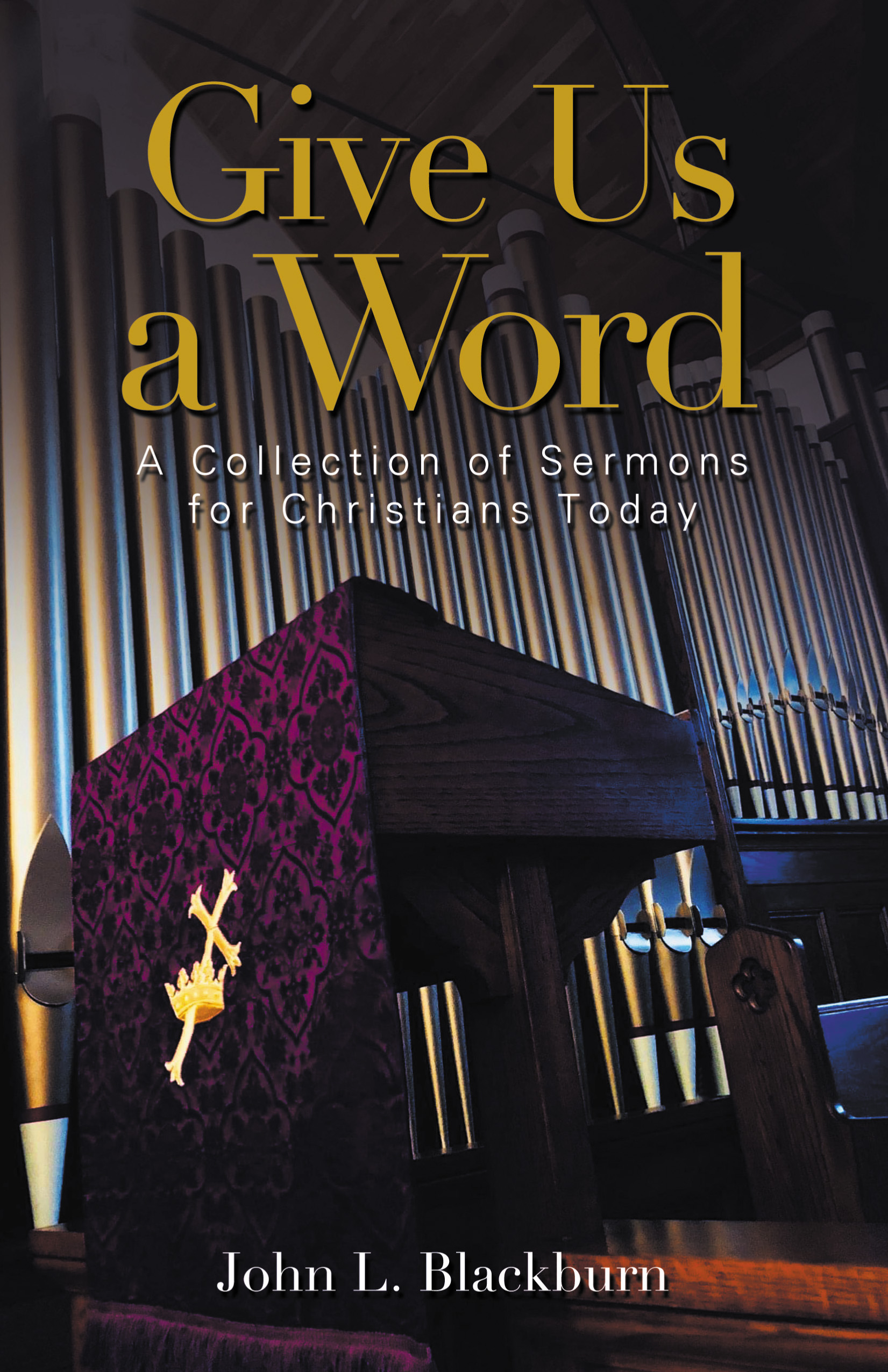 A Collection of Sermons for Christians Today

Give Us a Word is a collection of sermons and homilies that have been preached in seminary settings and churches in South Texas.

In these sermons, Fr. John Blackburn strives to preach the gospel in a conversational manner and with integrity and scholarship. These sermons are short since they were preached either during a service of Holy Communion or in one of the Daily Office services of the Episcopal Church. They make for easy and delightful reading.

The Reverend John L. Blackburn is the Priest-in-Charge of Saint Christopher’s By-the-Sea Episcopal Church in Portland, Texas. Father John is a graduate of Baylor University, earning two degrees in church music. Formerly, he was an organist for Sacred Service, serving at Calvary Baptist Church, Saint Paul’s Episcopal Church, and Temple Rodef Sholom, all in Waco, Texas. Most recently, he was the Organist and Director of Music at Saint Philip’s Episcopal Church in his hometown of Beeville, Texas. Father John is a bi-vocational priest who also manages his ranch in Berclair, Texas, which has been in his family since 1883.